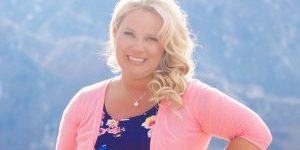 There she was trained in jazz, tap, ballet, lyrical, hip hop, modern and musical theater, becoming a faculty member at 15 yrs old and eventually the director/choreographer for the Mini, Junior and Senior companies and competition teams.

At age 16, Mercedes was accepted into the Musical Theatre program at Idyllwild Arts Academy – a prestigious and highly acclaimed performing arts boarding school in Southern California – where she completed her junior and senior years of high school. Upon graduating, Mercedes was accepted into The Conservatory of Theatre Arts at Webster University in St. Louis, Missouri where she attended as a Musical Theater major.  Mercedes is also a proud Broadway Theater Project alumni.

Over the years, Mercedes has attended many national and international competitions and conventions where she was awarded with numerous titles, scholarships and high point accolades – first as a dancer and later on as an instructor/choreographer. From 1997-2002, she was selected to represent Utah in the international touring company: “The Sweethearts and Hearthrobs” sponsored by I Love Dance, Inc.

Mercedes has performed in and choreographed performances for the 2002 Winter Olympics, NBA Jazz halftime shows, Norwegian and Carnival cruise lines, Disneyland and Knott’s Berry Farm.  In addition to being a part of her family owned dance studio’s faculty, Mercedes has also taught and choreographed for studios and programs throughout the state including: Dance Concepts, Linda Fenton School of Dance, Singers Unlimited and the University of Utah.

Mercedes received a Bachelors Degree in Mass Communications from the University of Utah and has been the Media Relations Specialist for the Salt Lake County Sheriff’s Office for the past 4 years.

She currently resides in Cottonwood Heights with her husband, Rob Hale, 12 year old daughter Jada and their two dogs: Kingston and Princeton.