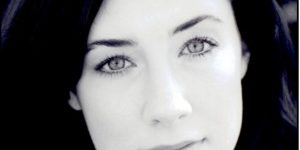 Ashley first started her dance training at The Southern Strutt where she trained in tap, ballet, lyrical, contemporary, jazz, musical theatre, and hip hop. She went on to strengthen her ballet and modern dance training at the University of South Carolina, studying ballet/pointe under New York City Ballet’s Stacey Calvert for a year. Ashley started her professional dance career performing and training as a SoulEscape company member under the direction of Justin Giles for two seasons in Dallas, Texas. She then moved to Salt Lake City, Utah where she trained under the direction of Bonnie Story for a year. Shortly after, Ashley was under the direction of Derryl Yeager for Odyssey’s Thriller, and has also performed in Odyssey Dance Theatre’s It’s A Wonderful Life as well as Shut Up and Dance. She most recently toured and performed in SoulEscape’s 2014, 2015 and 2016 professional shows, choreographed and directed by Justin Giles. Ashley is dedicated to the Winner School dancers. She has found creativity and joy in teaching, training, challenging, and choreographing for young professionals. She has coordinated The Principal Company for over 8 years now, a pre-professional program designed for advanced dancers with hopes of one day dancing professionally. Her choreography has won numerous awards for its originality and her students are known for their artistic abilities. Ashley continues to cultivate creativity and imagination as she pursues choreography and is adamant about teaching students to fuse technical abilities with artistic movement and true emotional performance. She believes anything can be achieved through hard work and anyone can be touched through art.