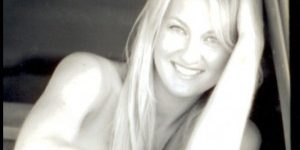 Her professional career took off at age 17. She was hired as a principal dancer for Odyssey Dance Theater for seven years. She was the featured soloist in their productions of Thriller, Deep Forrest, Lost and Found, and Dances in the Garden. Shannon was able to perform in cities both nationally and internationally. She was asked to perform a duet for the Jason Parson’s Dance Project in Soel Korea in 2003, and was hired for the Souls in Motion European tour in 2004.

Along with dancing she also taught and choreographed for over 10 years for studios around the state including Dance Impressions, Center Stage, and The Dance Club. Her choreography has received numerous high point and top choreographer awards. Her junior routine was awarded critics choice at the New York City Dance Alliance nationals in 2003, and in 2009 her teen routine was awarded the same title.

Shannon’s proudest achievement is her darling family. She is married to Roger Hendrix and has two children Cameron, and Harrison. She is so proud and excited to teach and be a part of the Winner School Staff!